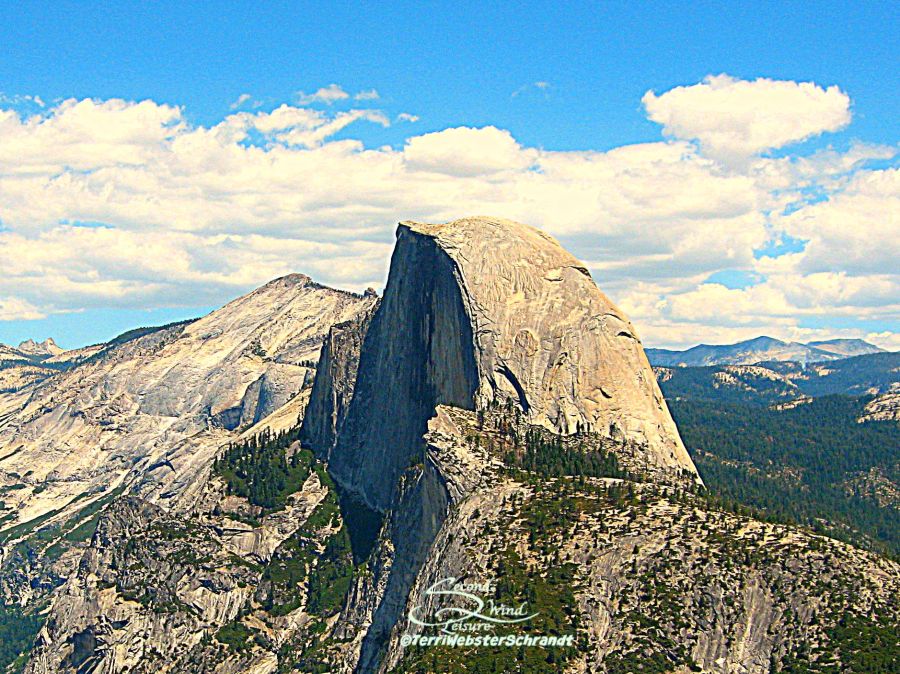 If you have ever been to Yosemite National Park in California, you will see the massive granite dome standing majestically at the eastern end of Yosemite Valley. This iconic glacier-carved monolith is the most iconic and recognizable symbol of Yosemite.

For the Weekly Photo Challenge, this week’s theme is half-and-half. Here are my two entries of Half Dome from two perspectives.

This shot is the “face” of Half-Dome, representing the face of Yosemite itself as seen from Glacier Point looking eastward. If you look closely, you can make out the shape of a silhouette of a fabled Miwok woman forever etched on Half-Dome’s sheer front. 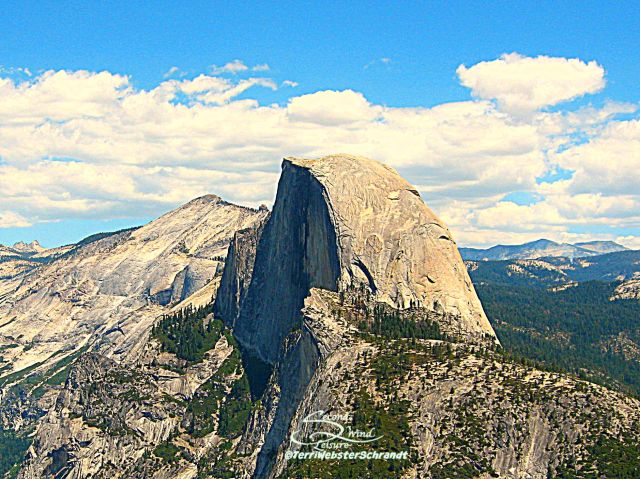 This next photo is of Half-Dome taken from Olmstead Point outside of Tuolumne Meadows. This view looks westward offering a unique look at the “backside” of the monolith not always seen or publicized. 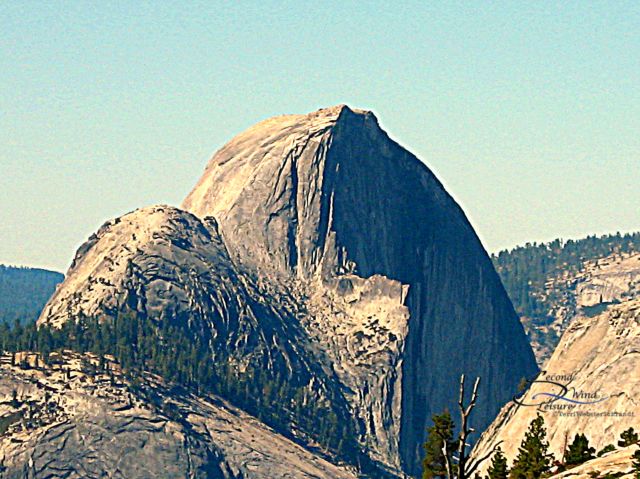 I was lucky that my parents loved to camp and made the two-week trip to Yosemite every year, when we were kids, then teens. As an adult, I try to make the trip every couple of years. I never get tired of visiting and standing beneath the massive peaks looking up in awe at their majesty.

I can truthfully say that I have spent half of my summers in Yosemite National Park. Have you ever been to Yosemite? Add it to your bucket list!

23 thoughts on “Face and Backside of Half-Dome”

Sadly, all these wildfires 🔥 are scary and devastating but make for spectacular sunrises. Hope you are all staying safe if you live in the Western US.
First decent shot of a Western Osprey, circling our neighborhood during feeding time. 📸
Happy 11th birthday to my little Aero 🐾🎁. We all love living in the mountains!🌲Aero says Happy birthday to his brother, Woody ❤
Not too hot for butterflies! Too hot 🔥 for me to go outside the rest of the day. #greatoutdoors