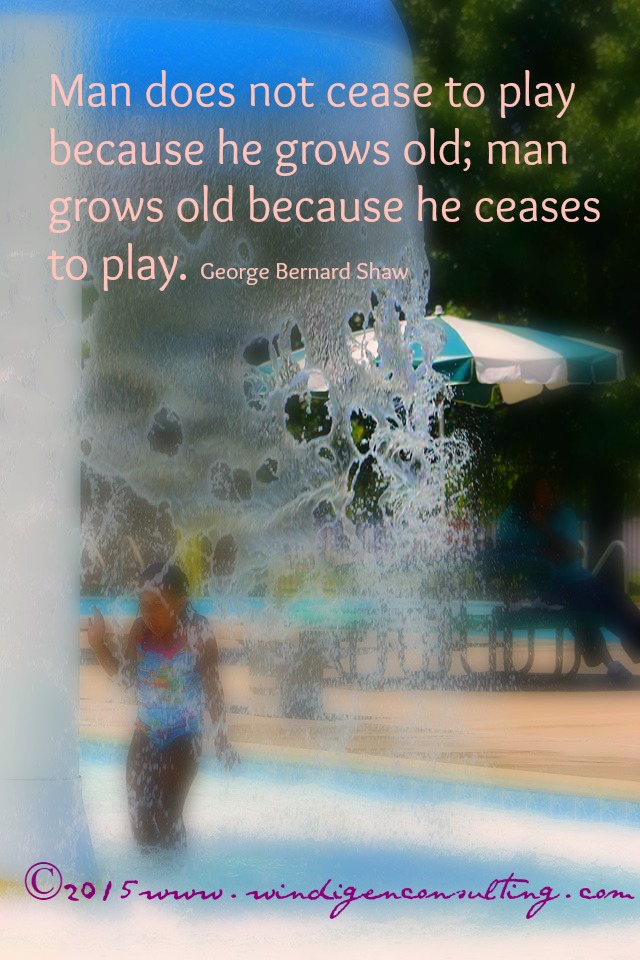 I can’t think of a more positive quote to sum up our human existence than this!

Is “PLAY” a four-letter word for you? Like “WORK” and well, you know…?

Take a look at this Definition of Play:

While most people see play as the domain of children, adults also play, although often their play is more entwined with rules and regulations, which calls into question how playful their play really is.

On the other hand, children’s play is typified by spontaneity, joyfulness, and inhibition and is done not as a means to an end but for its inherent pleasure. Hurd and Anderson, 2011

Don’t forget to take some time to play today. Be spontaneous! Run like Phoebe!

10 thoughts on “Playing on BeWoW Wednesday!”

My heart is filled with loving memories of our moms, Hella Schrandt (left) and Diane Webster (right), who each passed within 11 months of each other. Diane passed away peacefully on March 3, 2020, just before the pandemic closed everything, with her family by her side. Hella passed away peacefully on February 14, 2021, her sons Hans and Ernst able to see her one more time the day before she slipped into eternity. I'm thankful our moms got to meet each other in 2010 while they were still healthy and full of life. RIP beautiful moms.
Work is being done on the house in Nine Mile Falls. Electrical hooked up soon! Meanwhile we patiently wait as we enjoy winter living ❄in the RV park.
RV living! Moved in to our RV late last week. Four to six weeks before the new house is ready.🏡
Fresh snow ❄ and first snowfall of 2021. Amazing how well and quickly the snowplows clear the roads, usually within 1-2 hours on major streets.